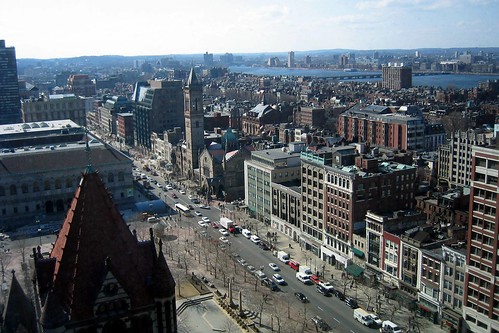 Two bombs exploded in Boston around 2:50PM within 15 seconds and about 100yds of each other on April 15, 2003 at the finish line of the Boston Marathon.

Over 170 other people were injured, and over a dozen in critical condition, on Monday as a result of the blasts by two explosive devices that contained BB-pellet-like shrapnel intended to maul its victims.  Please keep them in your prayers.

A suspect was reported to be in custody around 2:15PM on April 17, 2013, but the FBI later posted on their official website that this was false information from unofficial sources and added that nobody was arrested in connection with the crime.

One suspect was killed late Thursday evening in a gun battle, the elder of two brothers.  The younger, 19, was taken into custody in serious condition with injuries Friday night.