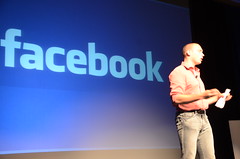 What’s this about another announcement now regarding a possible new Facebook-Android mashup HTC phone?  They’ve already released three major features, none of which have successfully made it to this blogger’s timeline.  Where is my Graph Search, Timeline redesign, and News Feed redesign?

A couple weeks back, my Timeline had the top navigation change, but none of the actual boxes changed.  In a couple days it went back to the normal first generation Timeline.  I didn’t like that new top section anyway.  It was completely useless especially considering it takes out the About information section which would now be in the space of the timeline on the second generation version.  So it just wouldn’t have worked out.

The news feed still hasn’t changed and I think that was announced before the Timeline redesign.  What’s taking so long for that?  And Graph Search still hasn’t shown up for me yet.

To put it quite simply, I really couldn’t care less about a Facebook HTC phone.  Please just get me these new features before I’m 80.